We would like to encourage your interest in St. Norbert, its history and its natural and built features. In order to do so, we invite you on a tour of our community. Doing so on a Saturday when the St. Norbert Farmers’ Market is in operation would be an ideal time.

Here is some background that may help you realize what has been preserved and created here. It forms an important part of the province’s heritage assets, tourism attractions and recreational facilities. 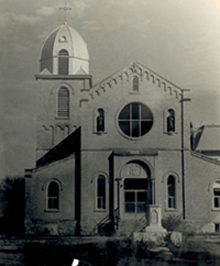 There are four provincial parks associated with St. Norbert: St. Norbert Heritage Park, the Trappist Monastery Ruins, the Floodway Gates (Roblin) Park and La Barriere Park. It also has two rivers, the Red and the La Salle. There are numerous structures and monuments that provide a reminder of the community’s history. Included are the former Orphanage (now the Behavioral Health Centre), the ruins and Guest House of the Trappist Monastery (now the St. Norbert Arts Centre), Place Saint-Norbert containing the original Boucherie (now a day care centre), the McDougall House (a log building from the late 1800s, now a small museum) and a timber frame structure with an ox cart, stuffed ox and an effigy of Jeanne Perreault, a prominent lady of our community. Place Saint-Norbert is also the location of the popular St. Norbert Farmers’ Market.

The town’s recorded history begins about 1821 when employees of the Northwest Company settled here after the merger of the company with the Hudson’s Bay Company. Artifacts from earlier centuries have been found along the riverbank. The town was one of the staging grounds for the buffalo hunt. Negotiations between the newly founded Canada and the Hudson’s Bay Company resulted in the transfer of jurisdiction claimed by the Hudson’s Bay Company to Canada without consultation with the local indigenous peoples. To ensure that a negotiated entry into Confederation took place, a series of important historical events took pace in Saint Norbert: the stopping of the surveyors, building the barrier to halt entry of Eastern Canadian troops until entry into Confederation could be negotiated and providing an operating base for Louis Riel and his mentor, local priest, Father Noël Ritchot. Father Ritchot was one of three Manitobans who went to Ottawa to complete the terms of the Manitoba Act. 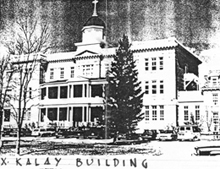 Preservation and enhancement of these features is provided by a number of longstanding, active volunteer organizations. The Fort Garry Historical Society has provided many years of support to the Saint Norbert Heritage Park. Heritage Saint Norbert was formed in 1979 to preserve the identity of the town and has played a significant part in many situations that have come to our attention over the years; including preservation of the Trappist Ruins and Guest House, acquiring the property that is now Place Saint Norbert, participating in founding the Saint Norbert Farmer’s Market, retaining a local Post Office, naming of streets, to list but a few. The recent unveiling of a plaque acknowledging the lives of over 1,100 pioneers whose graves were lost due to floods is our latest accomplishment. Other local organizations include the Saint Norbert Foundation which was set up to manage the utilization of Place Saint Norbert and Group Action Saint Norbert. 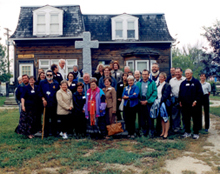 There is much more to be done. Maintaining what we have is itself a challenge. Achieving the recognition the community deserves is a current project of Heritage Saint Norbert. We are building this website to inform the public of our history and physical features. We have begun the process of applying for National Historic Site status. The City of Winnipeg is in the process of designating our stretch of Pembina Highway as deserving special zoning. We are involved in that process. We encourage the enhancement of the appearance of the business section. With the approaching 150th anniversaries of confederation and foundation of the province we are hopeful that Saint Norbert will be recognized as an important part of the celebrations that will no doubt take place.

We look forward to continued progress in achieving greater recognition and understanding of this unique community.