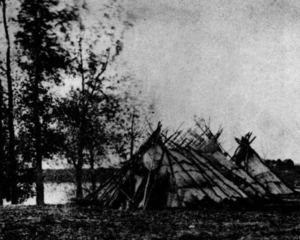 The region near the mouth of the La Salle river has been home to people since at least 6000 BCE. Hunters would travel from the forest to the grassland to hunt buffalo. The meeting of the La Salle and Red River was likely a meeting place for trade and social activities for the First Nations people that lived in and around the area and their trade partners from as far away as the Gulf of Mexico.

During the fur trade in the seventeenth and eighteenth centuries, fur traders married the First Nations people, namely the Cree, Ojibwa (Salteaux) and Assiniboine people. The majority of the fur traders were Scottish or French Catholics. The children of these marriages called themselves “Métis”. The Métis people were skilled and valuable to the fur trade in many different areas. With the market for plains provisions expanding in the 19th century, people in the La Salle river area started to farm on lots along the river. At first, the Métis were opposed to building an agricultural settlement, because they felt that it would be a threat to the economics of the traditional buffalo hunt. 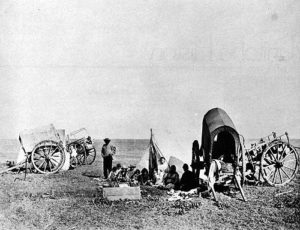 In 1821, the Hudson’s Bay Company and the Northwest Company merged and left many Métis fur traders out of work. In general, these Métis then settled around the Red River with the English-speaking Métis going North of the forks and the French speaking Métis going to the St. Boniface area. By this time, the Métis identified as a strong cultural group, sharing songs, stories and a language, a mix of French and Algonquin dialects.

Many Métis people were hired by the Hudson’s Bay Company as freighters, tripmen or buffalo hunters. They manned the York boats that took supplies to and from the Hudson Bay, as well as other locations serviced by the HBC. Gradually, due to increased rail lines in their territory, the HBC stopped using the boats as the primary method of travel and relied on Red River carts instead. The Red River carts, operated by the Métis people, travelled great distances from Red River to St. Paul and Saskatchewan. The Métis people were also talented and organized buffalo hunters, traveling in well organized groups of more than 1200 people plus animals. One of these large hunting groups congregated in St. Norbert before going out to the Pembina Hills to hunt. 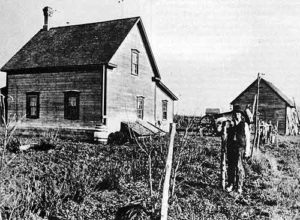 Not all Métis people were hunters, most were involved with living off the plain, freighting, trading and agriculture. By the mid 19th century, the Métis were successful fur traders, merchants and farmers as well as buffalo hunters.